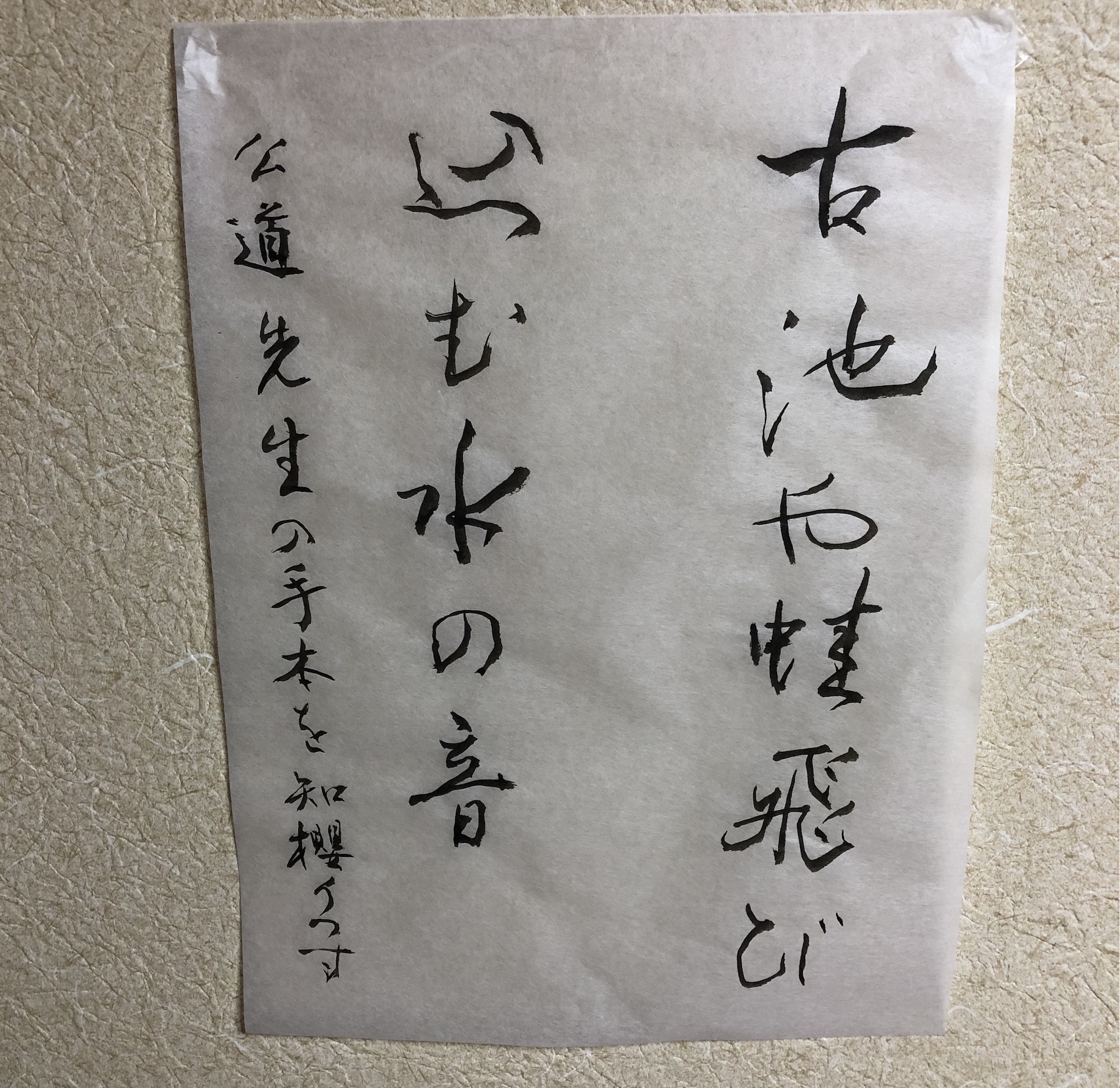 It is a result of copying practice of my late teacher’s example.

This is a haiku written by Matsuo Basho, one of the most representative Japanese haiku poets is probably the most famous haiku in the world.

It depicts the sound of a frog leaping in an old pond.

As it is written in a plain style portraying a smallest, the most commonplace event, it perversely has produced a vast number of interpretations.

It is a result of copying practice of my late teacher’s example.