To the visitors at the Exhibition:  TRZY RZEKI, November 2017, Noble Bank, POZNAN, Poland

<On calligraphy and characters>

Now, I have to admit that I have only little idea about how much knowledge you, visitors at this exhibition, possess about Chinese characters which were brought in from China approximately two thousand years ago to Japan to be an essential part of the Japanese culture and our new system of writing that we uniquely produced out of those imported ones.

I have here a presumably totally fresh information to most of you concerning Chinese characters, that is, each character has not only “sound” but also “meaning”.

As Chinese characters spread “images” because of the meaning they provide, we people in the orient who use them in daily life enjoy having fantasies about future happiness and prosperity of our babies when we name them, thinking a lot about this “meaning”.

And here, a question about how the ancient people created these characters and what kind of emotions they used to have comes to me who kept practicing calligraphy since early childhood.

The most common theory is characters and (spoken) languages were originally tools or cornerstones for praying.  Assumedly, ancient people would possess much sharper, stronger and more abundant sensitivity toward nature and spirituality than we people of the present time.

Thus, they must have thought that words and letters would bring them delight; but at times they thought they had to guard the people important to them from the evil powers of the characters, or crossly, they even tried to curse their enemies using words and characters.

Well-known examples about this are:  Being careful not to use foul languages to prevent an unfavorable situation from happening; and addressing someone just in front of you with the word “anata” (you) meaning “somewhere far away” to guard those important people from the curse of language by pretending the conversational partner be far away from you.

From time to time, when I declare “My hobby is calligraphy!”, I get reactions such as, “Why don’t you draw or paint?  Writing mere letters wouldn’t be very interesting.  Painting beautiful flowers, sceneries or women would be more enjoyable, wouldn’t it?”

And the very answer to that kind of question might be what I wrote above, namely, it could be the art sublimed from the sense of awe and even affection for the characters, letters and words which we have long possessed since ancient times.

Dear visitors at this exhibition, I here yearn for your appreciation of the works displayed in the venue with thoughts about how we consider “practice of writing” itself be noble and sacred, and not just a thought “Oh, I see numerous unfamiliar lines and forms.” 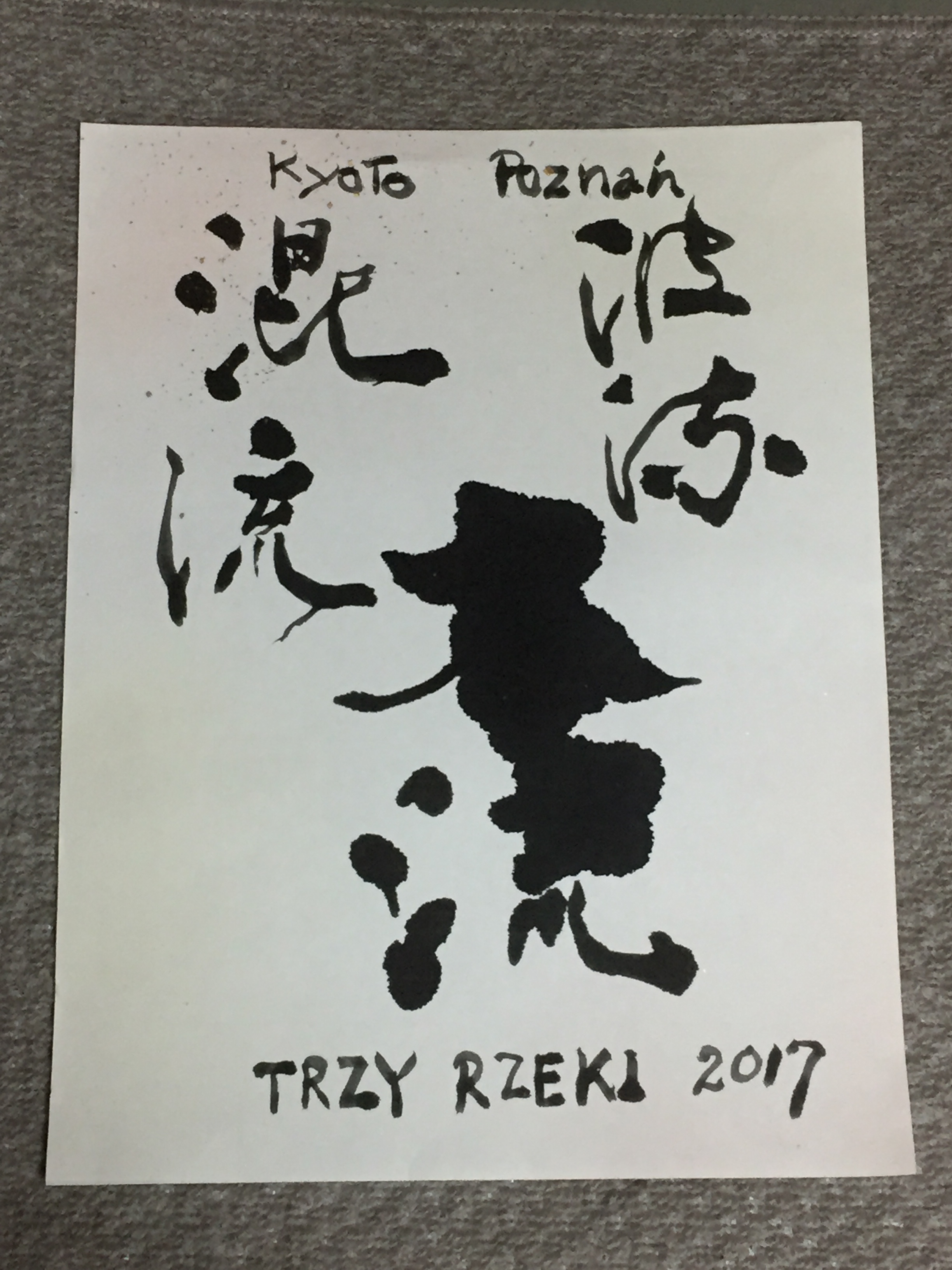