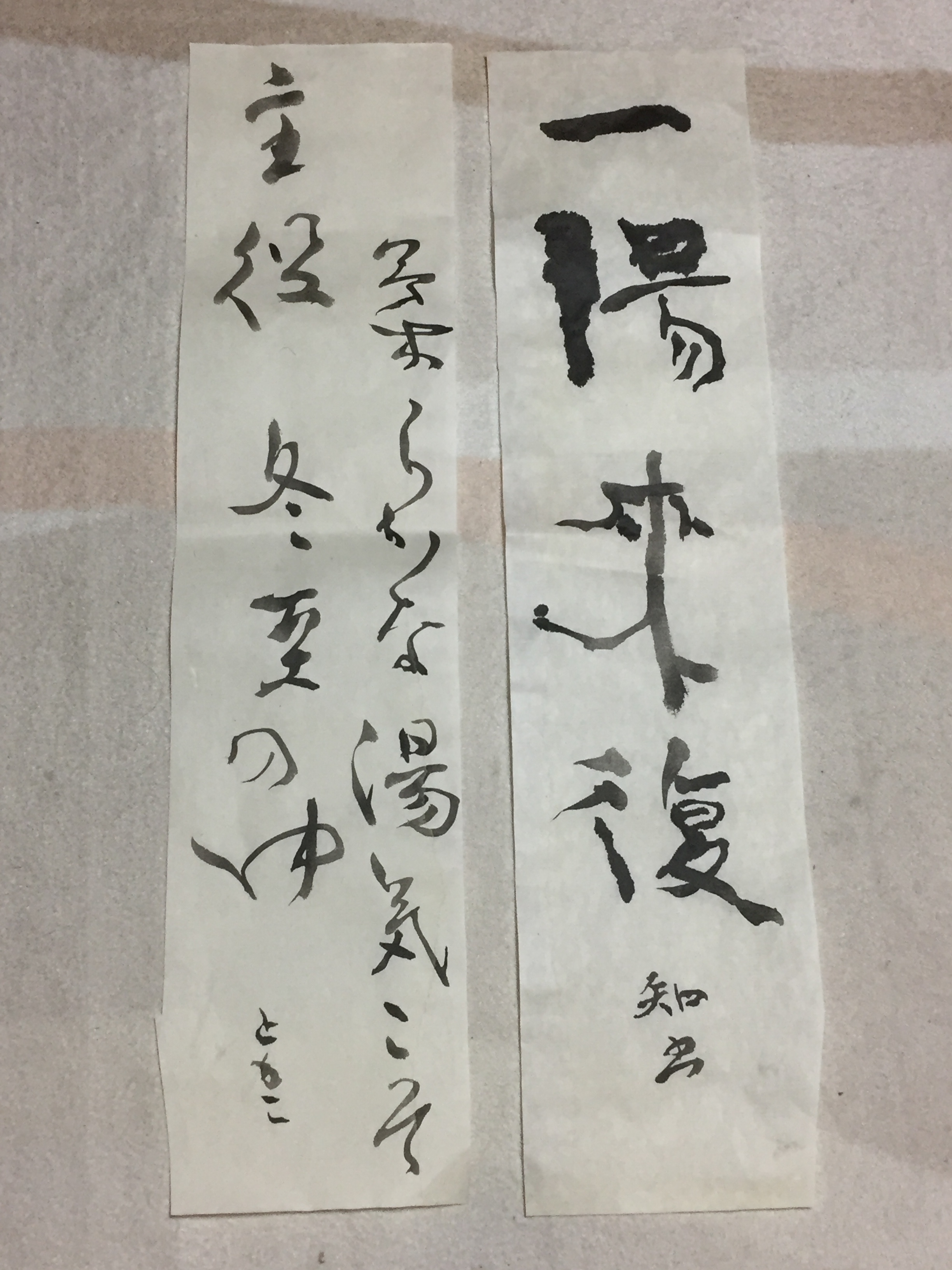 This should have been posted yesterday.

The photo shows two of my calligraphy works and the one composed of four Chinese characters is a kind of motto of the Winter Solstice, meaning swinging from the negative to the positive, because the days will certainly be longer with the midwinter day as a turning point.

The other one shows my haiku poem about “yuzu-yu”, or bath with Japanese citron. In Japan, it is a traditional custom to put scentful yuzu (Japanese citron) fruits in the bath on the Winter Solstice.  People have believed it works to keep your good health during the cold season.